Teacher hiring and retention in the Baltimore County Public School System has continued to be a struggle. Halfway through the school year, there are several remaining open positions in schools. Positions that are being filled by non-certified individuals. This void has been created in part by adverse working conditions in the school system. These conditions are the result of increased workload, staffing decisions, disciplinary concerns, and inadequate facilities. All of which leave teachers feeling overwhelmed and underappreciated.

Although these conditions are intertwined, let me elaborate on some of the specific issues of each concern: 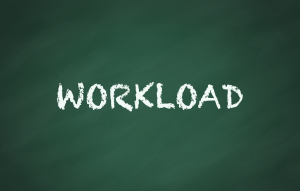 An increase in workload has occurred as a result of a convergence of policies. In the past few years, secondary (high schools and some middle school) teachers have experienced a new schedule that increased the number of teaching periods from 5 to 6. The result of this change for many teachers has increased the number of students taught from an average of 150 to 180 students at the same time (a 16% increase). For schools that were previously semesterised, it has increased from 90 to 180 students (a 100% increase).  In addition to this increase, the county has implemented a new grading and reporting policy that encourages teachers to provide students opportunities to redo assignments to ensure mastery of a topic.

So, we see an increase in the number of students per teacher which is then exacerbated by an increase in the number of assignments per student; assignments that require detailed feedback. To complicate matters further, this is happening at a time when the format of curriculums are changing. As revisions occur, the new curricula are posted in Beta version on BCPSOne in a format that is best described as an outline. No longer are teaching suggestions accompanied by teacher and student resource sheets. So, more students, more assignments with more feedback and less curriculum. In addition to the new format, curricula is being tagged to standards of success on which will eventually become the measure of mastery. Again, more students, more assignments, more feedback, less curriculum, and tagged standards. Overwhelmed? Absolutely.

Plans for renovations are not addressing overcrowding in schools that have consistently increased in the number of students. Some of these schools have trailers on their campuses that are more than 15 years old.

Guideline B in BCPS Equity Policy 0100 states: “Include in any and all facilities plans for new construction and in the renovation of existing facilities, considerations of equity in access to twentyfirst century learning environments.”  Trailers fall short of these environments.

Classroom furniture is old and outdated. In some schools, desks date back to the 1970s. 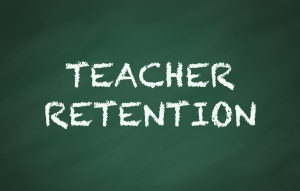 As mentioned, teacher hiring and retention has become difficult as teachers feel overwhelmed and disillusioned with the teaching profession. I have spoken with several teachers who feel that we are not trusted as professionals in the classroom. We must obtain certification to teach, but are not valued for our opinions as to what is most effective for students in our classrooms. WE are the experts in the classroom. WE make several difficult decisions daily to ensure the success of our students.

At many schools, I have heard teacher concerns about school disciplinary plans and implementation of consequences for students. Often there is a lack of communication about these consequences as required by the TABCO Master Agreement:

Over the past few years, there has been an increase in the number of pilot programs that have been introduced into the schools without extensive prior research. At the high school level, there were 2 attendance programs that have not been adopted with fidelity after the purchase of equipment to implement the programs.

One was referred to as “Swipe,” and the other was ScholarChip

Swipe, by WebIDcard, Inc. d/b/a/ Swipe K12 School Solutions, was paid for by a $100,000 grant provided by the Maryland Association of Boards of Education (MABE). ScholarChip, LLC was awarded a 10 year contract that can be viewed at https://www.bcps.org/apps/bcpscontracts/ by searching contracts for “ScholarChip.”

Most recently schools have been piloting the new Grading and Reporting policy that has resulted in frustration by teachers and accusations that teachers misinterpreted the policy, which was followed by an article that retracted the blame…

These and other initiatives have taken a toll on BCPS teachers. Some of these initiatives lack the necessary empirical research that should be investigated prior to piloting.

There has been another re-organization of the administration into community zones creating new positions.

Funding in the operating budget to create and maintain STAT positions reduces the capacity of BCPS to fund additional positions such as classroom teachers, special educators, and instructional assistants.

The implementation of the new grading policy was challenging from the beginning. The decision to allow schools to determine which scale (100 point/50 point minimum grading) to pilot and to provide choice within schools so that some departments were using one while others were using another inevitably would result in inconsistency and frustration by teachers and students. Teachers used the manual to guide their practice, but had further questions that their administrations were unable to answer. With an ineffective weekly attempt to provide clarification that compounds the lack of consistent information about the policy, teachers have surpassed the point of tolerance with the new policy and are ready to move on.

The new grading policy, removes from measurement the requisite skills that we know our students need to be successful in life: attendance and timeliness. Though the philosophy of grading as the measure of mastery of content is a strong one, the reality is that we as educators have taken on the responsibility to ensure that students succeed in life as well and thus feel they must be present in the classroom and complete their work on time in order to learn those invaluable skills.

To complicate implementation further, the new grading policy has its foundation in the mastery of standards-based curriculum. Most content areas have not fully adapted their curricula to be standards-based, which has made the initiative toward mastery ill-timed.

Students and their grades have suffered irreparable damage during this process, especially those 11th and 12th graders who are concerned about college acceptance and for whom the rules have changed along the way to the finish line.

Teachers have experienced weeks of adjustments to the grading policy which has left them exhausted and questioning the value of the policy.